It starts midnight tomorrow evening. Last year’s attempt was a disaster, ‘though I can’t feel too bad about it, since the reason was my work trip to Boston, which was wonderful.

I still haven’t settled on a premise, but I have decided I’m going to post all my NaNo writings in this space, for good or ill. Probably for ill. Almost surely for ill. I just feel the need to put my process out there while I’m going through it. I’ll put the NaNo stuff in its own category, then take it all down a week into December.

So you may want to go away for a month and come back around December 8.

I’m not looking forward to the stress of 50K words, but I have to say I’m looking forward to the writing. I need to get something out of me, and NaNo has proven to be a pretty good vehicle for it. I don’t care if it’s good or if it sucks. I mean, it’s sucks — I can pretty safely predict that right now. But the tapping on the keys, the reaching down for some shred of something expressive or creative, for some original thought or a handful of good phrases I might use another time? I need that like a junkie’s craving vein.

Don’t write that last image down — it’s Bruce Cockburn’s. Which reminds me I might want to set up a few playlists for NaNo. Bruce’s lyrics inspire me as a human plodding through this existence and as a writer yearning to express the truth that has been struggling for utterance in me.

Don’t write that last phrase down either. It’s Oswald Chambers’s.

I took the afternoon off from work to watch the World Series. I had visions of taking up residence at a table in a sports bar, perhaps a plate of nachos and a couple of Blue Moons keeping me company as the baseball season comes to its glorious end. I even asked for recommendations on FB.

My problem with sports bars when there’s an event I really want to see, besides my great dislike for bars, is that they tend to be noisy, and they almost always have the sound muted. I’ve been let down more than once, trying to see a World Series game in a sports bar where it seemed I was the only patron remotely interested in the game. So in my request for recommendations, I asked specifically for a place likely to have the sound up.

I cruised past one place in Moiliili, but it was closed. Then I went over to this spot in Manoa near the school, a spot I’m semi fond of, but it was closed too. Hello? People? Do we not understand this is the World Series we’re talking about?

I ended up right where I saw parts of the World Series last year: on campus at Manoa Gardens, where there’s a Vietnamese sandwich shop and supposedly the only place on a supposedly dry campus to get a beer. I actually like the spot since you don’t feel pressure to spend money. It’s as much a study spot as a lunch spot or bar.

I did spend a little bit of money, first on a large Diet Coke and some shrimp chips, and then on a lemongrass chicken banh mi and a Blue Moon. The spot has two large TVs and a small one over the bar. Guess which had the ballgame on?

So annoying. The big screens were showing an NBA game and an NHL game. Insanity. But I still managed to really enjoy my time away from the office, watching a fantastic World Series come to its climax and resolution.

You know what doesn’t have any trouble at all writing its own plot? A ballgame. Sigh.

Don’t ask me about Crush Girl today. I’m having one of my less pleasant nights thinking about her and I’d rather not plunge this evening. Too much on my mind with work and NaNoWriMo for self-indulgent wallowing.

I’m wondering if my drive to find some kind of story to tell is misguided. Most of my favorite books de-emphasize plot, as far as I can tell. Someday I will expound on Lynne Rae Perkins’s Criss Cross, the novel I most wish I’d written, which I just re-read this summer. 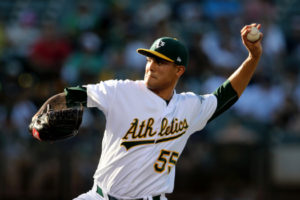 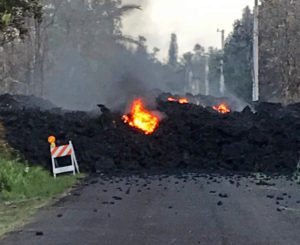